In 2011, Citizens association "Sláma man museum" made accessible the 2nd and 3rd floors of the former sewage roller mill. The grinding process itself was done by modern rolling mill instead of grinding stones and grain was transported to the upper floors by the help of bucket elevators where drive was secured from the main shaft via transmissions, pulleys and flat belts.

Unlike traditional water-wheel drive, in a modern mill the gear was ensured by efficient and reliable water turbine. What you can see here is preserved remains of machinery for grain cleaning, sieving, sorting and mixing of flour.

The exposition is completed with examples of millerˈs and his assistants everyday objects. You will see the original plans, photographs, maps and documents. Wallpanels and installed objects and models illustrate the development of the millsin the past, focusing on the Opava region, where previously worked dozen of water wheels and later turbines that produced electricity. More than one hundred of them is highlighted in our map. Visitors can learn about how the millers lived in the past and what responsibilities and privileges did they have. 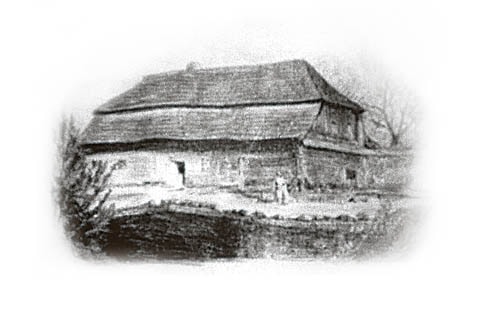 Flour milling in Lhota has a very longhistory. The earliest written reference of the existence Mill in Lhota could befound in Štítina codex, dated to the year 1460 (in connection with the obligation to clean Lhota ditch). Over the following centuries, the mill changed its owners many times. Undoubtedly, the largest expansion of the mill was recorded during the era of family Havlíček which bought the mill in1894. In 1906, Mr. Havlíček demolished the old mill with thatched roof together with saw-mill and built a new brick ground floor building. In 1913, Jan Havlíčekr eplaced old mill wheel with water turbine and set up electric lights in the mill, five cottages, at school, in the pub and at the railway station. In The Commercial Register is the mill registered as J. Havlíček, artificial flourmill, Lhota. Jan Havlíček owned and run several other mills and his companybecame the largest in Opava region. In the 30s he also modernized the technology of the mill and his business expanded by a silo and grain drycleaning machine. The Nazi occupation brought a new German manager, thenthe subsequent development of postwar era brought nationalization and integration of the mill into Silesian mills n.p. Opava. The last technology enhancement was made at the beginning of the 60s, when the performance of milling technology grew up to 250 wagons per month.

The fate of the mill was sealed doom in April17th, 1987, when the building caught fire. Its business was reducedand the mill was used for feed mixing only. Since the 90s of the 20th century the mill fell into disrepair until the private company bought it and began with its reconstruction. 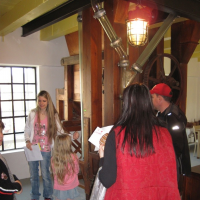 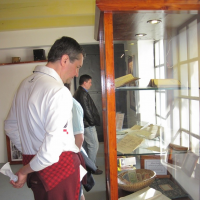 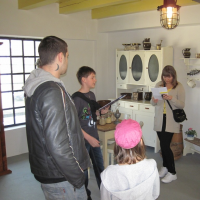 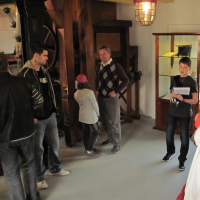 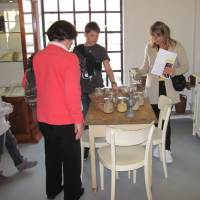 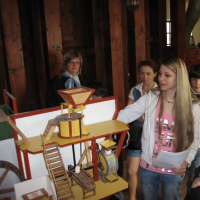 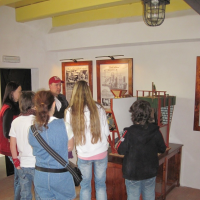 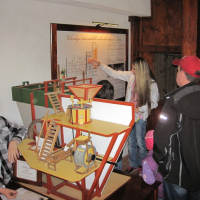 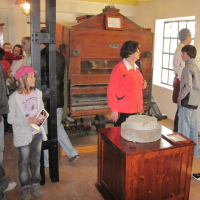 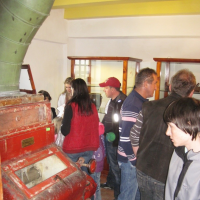 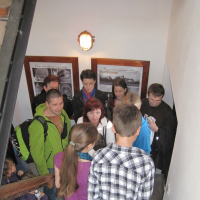 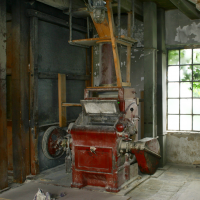 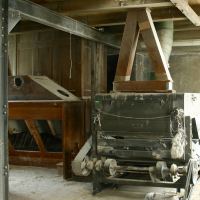 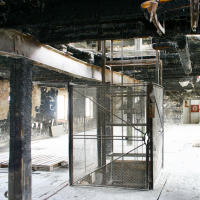 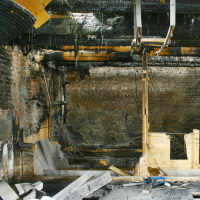 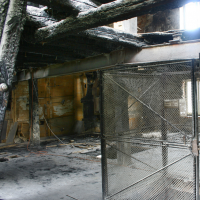 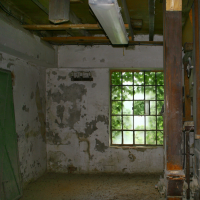 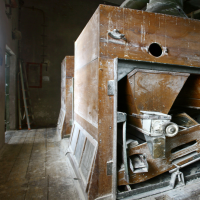 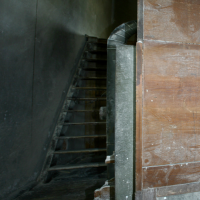 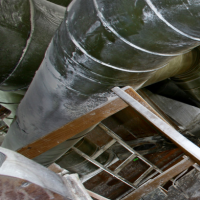 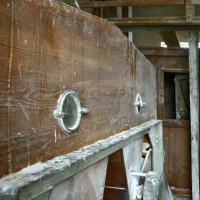 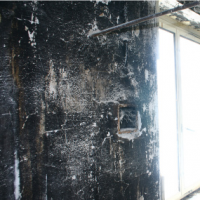 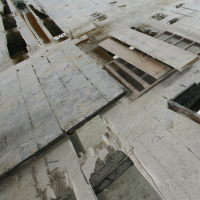